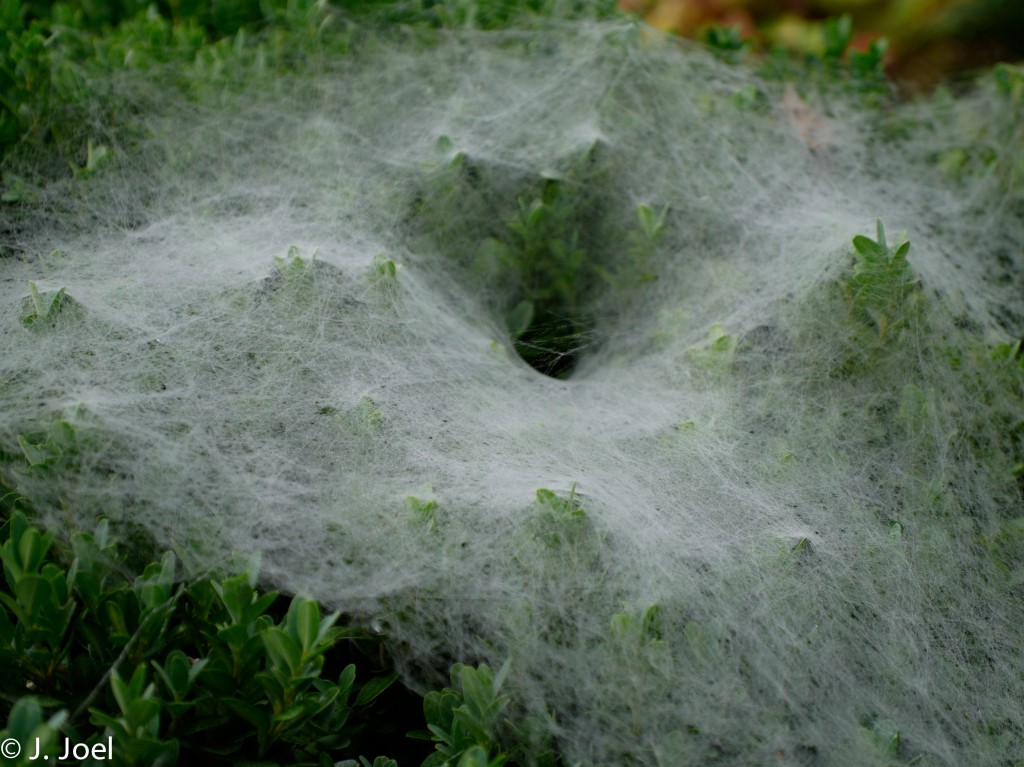 Life merely clings to the cooling and condensing ball of gases and fluids we call planet Earth. To be sure, this life has assumed a variety, a dazzling variety, of shapes and functions. Yet, even in their totality, they have simply a toehold on the congealed outer limits of this orb of energy.

Grasses, molds, fungi, start by gluing and impregnating themselves to that skin. Eventually, shrubs and trees penetrate a few feet into matter whose depth is measured in thousands of miles. And then atop it, in the shelter and nourishment provided by the plants, critters emerge — buzzing, swarming, swimming. Trying at first by sheer numbers to survive, critter life then moves to attributes such as size and speed to attain permanence on a scale  to match the planet.

Fragile and ephemeral, fleeting and vaporous, life hopes to survive on the strength of its own energy and inventiveness. If it mutates sufficiently often and cleverly, it can escape extinction. In wheat and lichen and redwood, it has begun to succeed, but in the animals, its work did not measure up. For every cockroach, there is a tyrannosaurus.

Life then produces people, an awkward mix of mammalian traits, but one gifted with high adaptability and a novel neural capacity, to lead the rest of the life-forms to this desired stability. Because while the vegetable forms have done their work of adhering to the planet’s surface, and of altering that surface to enable further life, they have developed only moderate symbiosis with it.

What have people done with their chance? Have they proven equal to their task? It would appear that lately, within the years since the Enlightenment, we have done precious little — or worse.  ©J Joel